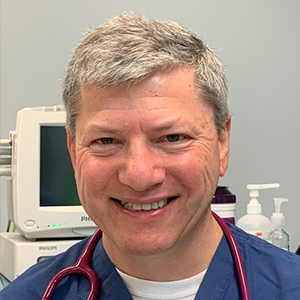 Dr. David Heyman has directed the anesthesia services at Red Lion Surgicenter since it's inception in 2007. A 1985 graduate of the Philadelphia College of Osteopathic Medicine, he subsequently completed his residency in anesthesiology at Albert Einstein Medical Center in Philadelphia and subspecialty training in pediatric anesthesiology at Children’s Hospital of Philadelphia. He became a Diplomate of the American Board of Anesthesiology in 1991.

After serving as director of pediatric anesthesia at Albert Einstein Medical Center for many years, he joined Pinnacle Mid-Atlantic Anesthesia Associates in 1998. In addition to his current Red Lion role, he has also served as chief of anesthesia at Mercy Suburban Hospital in Norristown since 1999. His professional memberships include the American Society of Anesthesiology and the Society for Pediatric Anesthesia.

Dr. Heyman and his fellow anesthesiologists and nurse anesthetists are thrilled to be participating in the innovative and exceptional dental care provided to both children and adults at the Red Lion Surgicenter.